Surprise Europe: Is the economy booming, is the recession farther away? 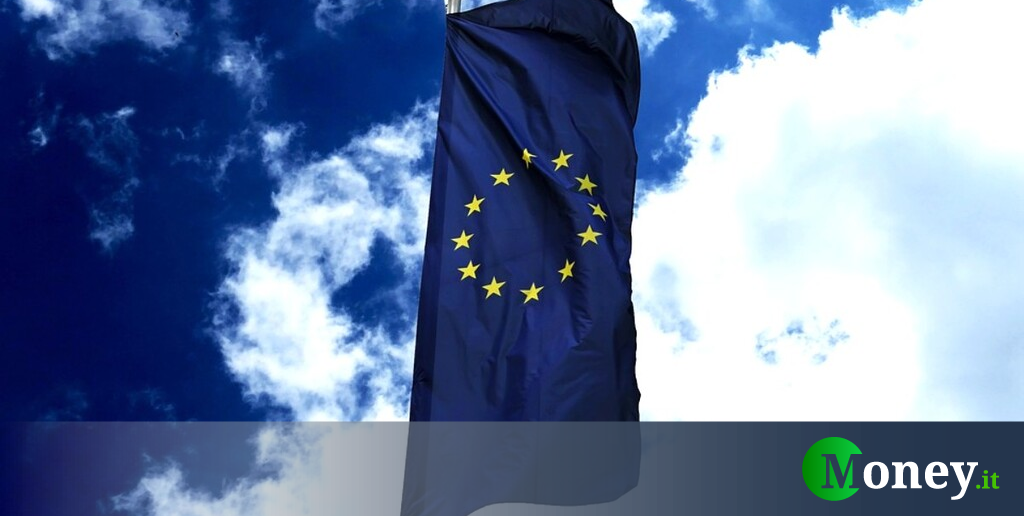 Preliminary data from Eurozone PMIs gave hope for a more optimistic mood: the recession can indeed be avoided and growth can resume. But there are warning signs.

The activity ineuro zone unexpectedly returned to growth for the first time since June, according to a survey that could strengthen the ECB’s willingness to raise rates.

A variety of factors, including slowing inflation, a warmer-than-normal winter in an energy-strapped Europe and an easing of supply chain restrictions are fueling optimism in the 20-member currency zone.

As the economy consolidates, there is growing evidence that the region can escape a recession, “the region is not yet out of danger”said Chris Williamson, chief business economist at S&P Global Market Intelligence.

Good news for the Eurozone with new data

S&P Global’s flash (preliminary) Eurozone Composite Purchasing Managers Index, a measure of activity in the manufacturing and service sectorrose to 50.2 in January, from 49.3 in the previous month, according to data from Tuesday, January 24th.

The increase, the third consecutive monthly increase since the low reached in October, was higher than the 49.8 expected by economists polled by Reuters. It was also above the 50 mark, which indicates that most companies reported an expansion compared to the previous month.

A sign that they are becoming more optimistic, the companies increased headcount at a faster pace this month. the employment index rose to a three-month high of 52.5 from 51.9 in December.

Even the PMI that covers the services the block surprised to the upside, hitting a six-month high of 50.7. It was at 49.8 in December and the Reuters poll had expected 50.2.

Despite consumers facing high utility bills, demand has declined, but only slightly.

The main indices observed (composites, services, industry), all accentuated a change in course since October, as the chart drawn up by the FT clarifies: 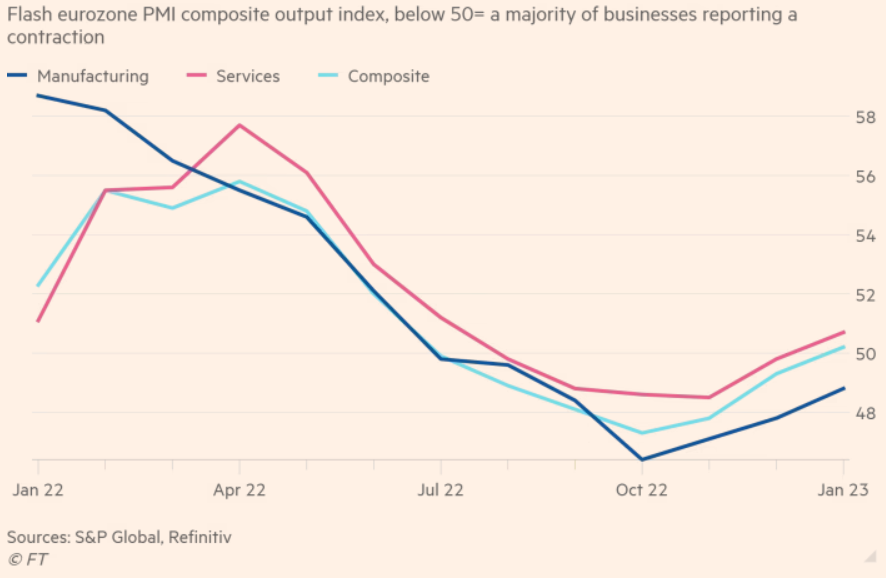 The fears forpower they declined as prices fell, helped by generous government aid and supplied inventories. Supply chain stress has also eased as the reopening of thechinese economy helped restore confidence in the broader global economic outlook for 2023.

Is Europe really out of the woods? what to observe

The data is not all positive. First, previously published readings for the eurozone’s two largest economies, Germany and France, were still below 50.

Furthermore, demand continues to decline, albeit at a reduced pace, and the increase in inflation rate in selling prices of goods and services will encourage hawks to push for more tightening of monetary policy, said Chris Williamson.

Not only that, the request for interest rate The rise is further driven by the rebound in job growth recorded during the month and signs of rising wages, driving the latest resurgence in price pressures, said the chief business economist at S&P Global Market Intelligence.

There European central bank it has already raised interest rates by 250 basis points and is poised for another half-point hike next week. Frankfurt’s hawkish turn is starting to be feared by growth across Europe.