The US in default? The risk exists and global markets are shaking 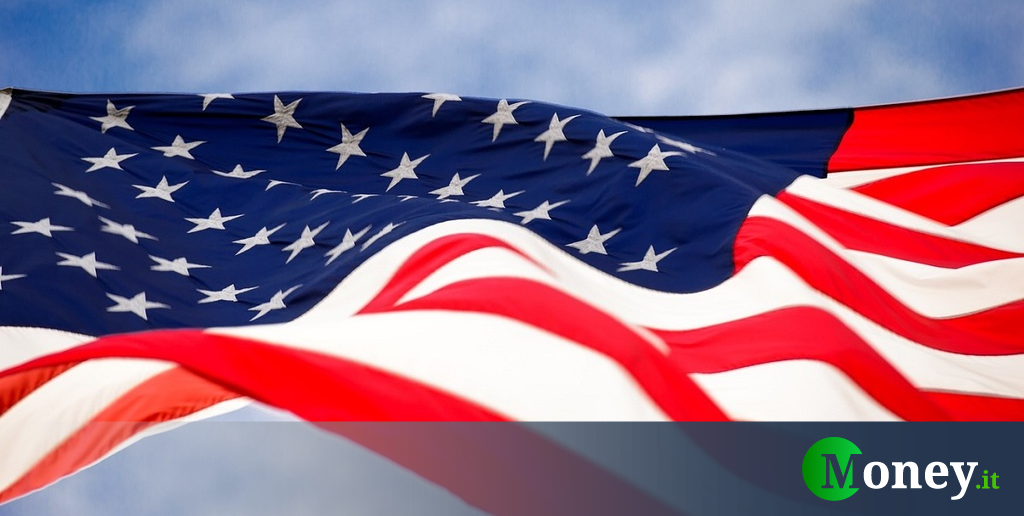 The United States is at risk of insolvency: the world’s biggest power is paralyzed and could go into default, having hit the debt ceiling and failing to get a deal in Congress. What’s up?

The U.S on the verge of template?

Legislators must agree to increase or suspend the debt ceiling to avoid a credit default, which would mean the government would be unable to pay its bills, making it insolvent for the first time.

If Congress does not agree to this ceiling and the United States fails to meet its obligations, this is expected to have serious effects on the economy and will almost certainly disrupt the economy. financial markets globally. Millions of Americans may see higher borrowing costs and delays in receiving government checks, such as Social Security.

There american debt crisis, is not unknown and has happened in recent years, it is a political tool that is widely used by the opposition, but very risky. What is about to happen to American power and what is the risk to world finance?

US heading for default: why the debt crisis erupted

Created by Congress in 1917, the debt limitor ceiling, establishes the maximum amount of federal debt that the government can pay U.S can stand.

As of January 2023, the total national debt and the debt ceiling total $31.4 trillion. The US government has run an average deficit of nearly $1 trillion a year since 2001, which means it spends far more money than it takes in in taxes and other revenue. To make up the difference, it must borrow to continue financing payments that Congress has already authorized.

When the Treasury Department spends the maximum amount authorized by the cap, Congress must decide to suspend or raise the borrowing limit. It happened now.

For much of the last century, raising the cap was a relatively routine procedure for Congress. Whenever the Treasury Department could no longer pay the government’s bills, Congress acted quickly and sometimes unanimously to raise the limit on what it could borrow. Since 1960, Congress has raised the cap seventy-eight times, most recently in 2021. Forty-nine of those increases have been implemented under Republican presidents and twenty-nine under Democratic presidents.

However, the current makeup of Congress poses greater challenges to reaching an agreement on the debt limit on time, as Republicans now control the House. It is precisely the Republicans who are opposed to passing a pure cap increase, arguing that any debt cap law must be accompanied by spending cuts. Cuts that Democrats want to postpone.

There is still time to avert catastrophe and sanction an agreement, at least until early June, according to public estimates by the YellenTreasury Secretary.

The issue, however, remains serious and delicate. Many economists say they hope a deal will be reached. However, given the current “extremely irritable political environment”could be a long process that would contribute to outbreaks of financial market volatilityMoody’s Investor Service said in a statement.

This volatility is coming at a time when the Federal Reserve is trying to bring inflation down, while trying for a soft (or soft) landing with minimal damage to the economy (avoiding recession).

Why Global Markets Are Shaking: What Could Happen?

The debt ceiling debate (and the impasse on the deal for now) has some economists considering the once unthinkable prospect of a US default.

It would be Washington’s declaration that it can no longer pay its debts. Several experts say this would wreak havoc on the US and global economies. Even without a default, hitting the debt ceiling would undermine the government’s ability to fund its operations, including providing for national defense or funding entitlements like Medicare or Social Security.

Potential repercussions include a downgrade of credit rating agencies, an increase in borrowing costs for businesses and homeowners, and a drop in consumer confidence, which could shock the financial market US and plunge the economy into recession.

Economists at Goldman Sachs estimated that a breach of the debt ceiling would immediately halt about a tenth of US economic activity. According to think tank Third Way, a breach that leads to template it could cause the loss of three million jobs, add $130,000 to the cost of an average 30-year mortgage, and raise interest rates enough to increase the national debt by $850 billion.

In addition, higher interest rates could divert future taxpayers’ money away from much-needed federal investment in areas such as infrastructure, education and health care.

A Treasury default would cripple the global financial system, said Louise Sheiner, policy director at the Hutchins Center on Fiscal and Monetary Policy and a former senior economist at the Fed and the Council of Economic Advisers.

“If Treasuries become something that people are concerned about owning, it will have knock-on effects on capital markets from around the world, in ways that are really hard to predict.”he declared.

Considering the potential fallout in the US and abroad, Sheiner believes the debt ceiling will be lifted or lifted sooner rather than later. “There is no other way around the problem. There’s no way Congress could cut spending by 20% midyear. This would plunge the economy into a recession. That would be a terrible policy.”