Why it is still possible to avoid a recession 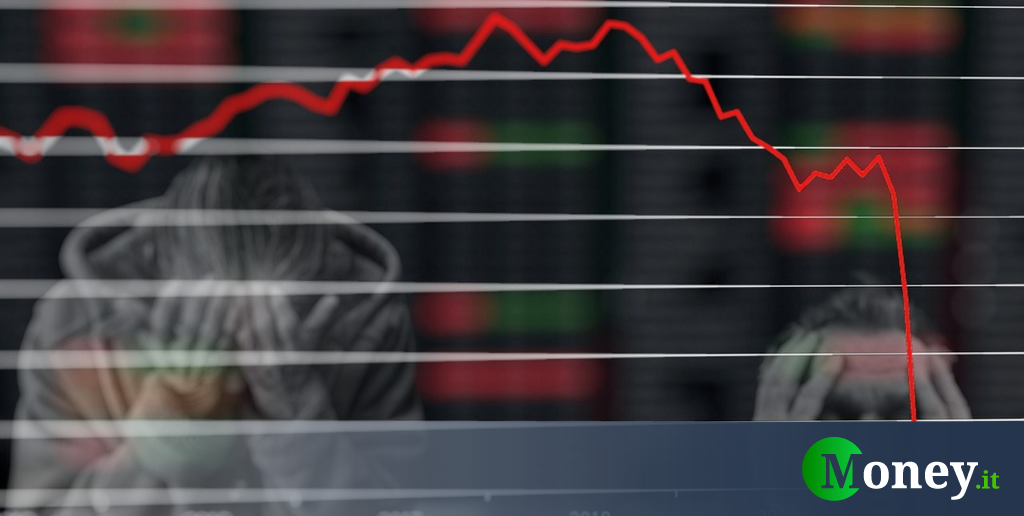 Will there be a recession or not? Will it hit Europe or the US? A question to which analysts and observers try to give answers. Meanwhile, a mood of greater optimism spreads.

one can be avoided recession? The question spreads in several European and American contexts, in a growing awareness that perhaps, despite the uncertain scenario of the war and the unresolved energy crisis, the worst can be avoided.

The last voice of this chorus more open to positive forecasts came from the European Commissioner for the Economy, Gentiloni. Europe has an opportunity to avoid a deep and prolonged recession, even if the economic situation remains uncertain, he said.

But is it really so? And in the US, with the Fed still ready to raise interest rates, albeit less aggressively?

What some experts suggest about this and why opportunities exist for the world to avoid a recession.

Is the recession coming? Maybe not

Economists at Goldman Sachs expect the eurozone economy to contract in the fourth quarter, but are now predicting a slight pick-up in the first quarter. For 2023 as a whole, the team expects GDP to grow by 0.6%, against a previous forecast of a decline of 0.1%.

There are three main reasons behind this more optimistic forecast. One is that the manufacturing sector has been surprisingly resilient. Another is that natural gas prices continued to fall sharply. And finally, China is reopening sooner than expected.

Is Europe safe from recession? Not entirely, but somehow the clouds look less black. Of course, it is expected that Germany and theItaly are still on the brink of recession due to their long-standing dependence on Russian gas imports. But France and Spain have more diversified energy sources and are also service-intensive economies.

Not only that, the member of the Board of Governors of the European Central Bank, Mario Centeno, said that the eurozone economy it is doing better than many expected in the face of record inflation and the energy crisis that erupted after Russia attacked Ukraine.

“The economy surprised us quarter after quarter”, he said. “Q4 in Europe will likely still be positive. Perhaps we will be surprised in the first half of the year.”.

The biggest sign of overcoming occurred last week, when the Germany it defied forecasts of a contraction in output in the last three months of 2022. Europe’s biggest economy may now avoid a recession, offering hope to the 20 countries in the euro zone.

“We managed to reduce the energy dependencyenergy prices have dropped significantly and inflation peaked late last year in Europe, so there is a chance of avoiding a deep recession and perhaps going into a more limited and shallow contraction.”

avoid one deep recession depends on Europe’s policies, not just global trends, he said, adding that he was optimistic that the lockdown could limit the fallout from the energy crisis.

Eurogroup President Paschal Donohoe had previously argued that the eurozone is in a very resilient position and is likely to avoid recession this year with very low growth.

In short: a China that reopens and presses to accelerate growth, the fall in gas prices and the ongoing effort to diversify energy can save Europe from the worst scenario, at best with low growth, but not from recession.

Will the Fed save the US from recession?

On the US front, the so-called soft landing can advance, that is, the Fed’s strategy that fights inflation with rising rates, but uses prudence and avoids recession.

There are some signs of optimism in this regard and Federico Rampini listed them in his analysis, in Corriere della Sera. The point is that the Federal Reserve could begin to moderate the use of rate hikes, supported by at least two factors:

“American inflation has been falling for six consecutive months: the increase in the consumer price index in December was 6.5% per year, compared to the peak of 9% reached in June last year…L’american economy continues to generate new jobs, hires net of dismissals were 223 thousand in December. It is a positive number, which continues to lower the unemployment rate (currently at 3.5% in the US) and at the same time the pace of new hiring is slowing down (in November it was +256,000).”

Translating: there is a strong economy, but not an overheated one and the wage-price spiral can be avoided.

Scenarios remain uncertain. Perhaps, according to some analysts, he will not enter this uncertainty recession so sharply and brutally. Several adverse factors, however, are not lacking: from the unknown war to the real evolution of the Chinese economy, passing through the perception of confidence of businessmen and consumers. Recession is avoidable, both in the US and in Europe, but positive conditions must materialize and remain.