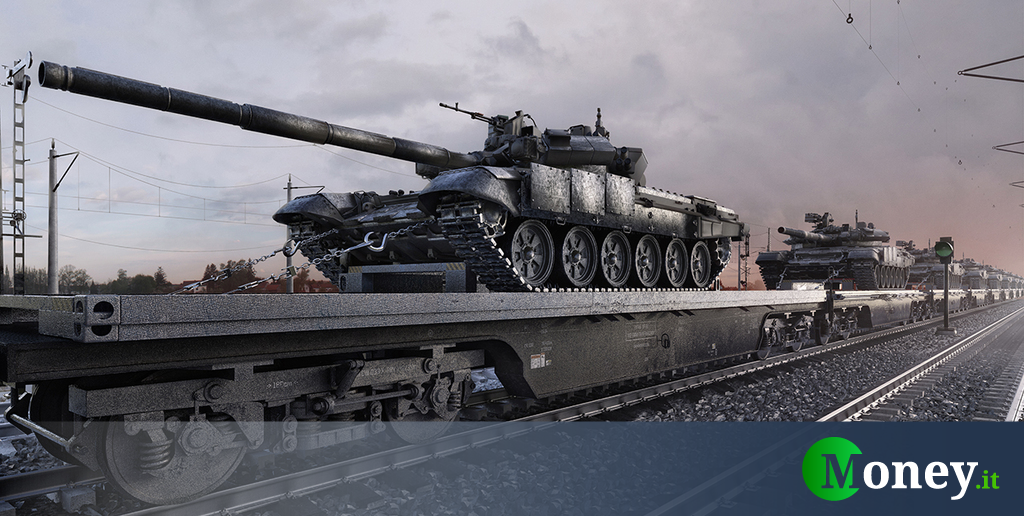 It presented photographic evidence of the movement of weapons from North Korea to Russia. The United States denounced the violation of UN sanctions and asked for new ones.

John Kirby of the Biden Security Council showed photographic evidence of North Korean support for Russia. In the photos, recently declassified and made by Maxar Technologiestrain cars are visible traveling back and forth with rockets and missiles.

According to what was declared by Kirby, the shipment of weapons, already confirmed last November by some first rumors, would be addressed to the paramilitary organization Wagner Group. “These actions recognize the transcontinental threat that Wagner poses, including through his continuing pattern of serious criminal activity.”, underlined the spokesman for the US National Security Council.

During last Friday’s conference, the United States officially asked North Korea to end war supplies destined for Russia. The motivation would be a clear violation of UN sanctions and their increase if the exchange continued.

Restoration oligarch Yevgeny Prigozhin, who runs the mercenary company, ironically commented on the possible recognition of Wagner as transnational criminal organizationstating that at least now “Wagner and the Americans are colleagues” and from now on their relationship can be defined as one clash between criminal clans. North Korea also denies it, but if the arms shipment and new sanctions are confirmed, the biggest concern could be Kim Jong-un’s reaction.

From September 2022 until today, there was no evidence, if not rumors, that North Korea was sending weapons to Russia. On Friday, January 20, 2023, the photos that would prove North Korea sent missiles and rockets to Russia were declassified.

However, the parties involved have denied the US claims. According to the North Korean spokesman there would be no nothing is trueand even for the company’s owner, Wagner, it would only be gossip and speculation.

The US administration then announced its intention to designate the Russian mercenary organization Wagner as a “transnational criminal organization” (under the terms ofexecutive order 13581). The new definition would result in new sanctions as early as next week against the group and its global network of traders and allies. Among the sanctions are: the freezing of all Wagner’s assets in the United States and the freezing of funds, services and assets of the group.

The official motivation that attributes the new definition to Wagner is:

Wagner is a criminal organization that is committing widespread atrocities and human rights violations, and we will work tirelessly to identify, disrupt, expose and target those who help Wagner.

In the case of new sanctions, which may include the North Korea – according to photographic evidence from the United States, the reports are confirmed – there is an important and new imbalance factor to be taken into account. Indeed, according to Western intelligence analyses, the North Korean leader’s reaction to the new sanctions is cause for concern. In fact, it is believed that this could opt for a “strong” decision and against the balance of the pseudo peace maintained in the last year of the war in Ukraine.

Photos of trains from North Korea to Russia, which came as definitive proof, could lead to a new level of tension between the opposing parties.