Leopard 2, what they are and why Ukraine wants them 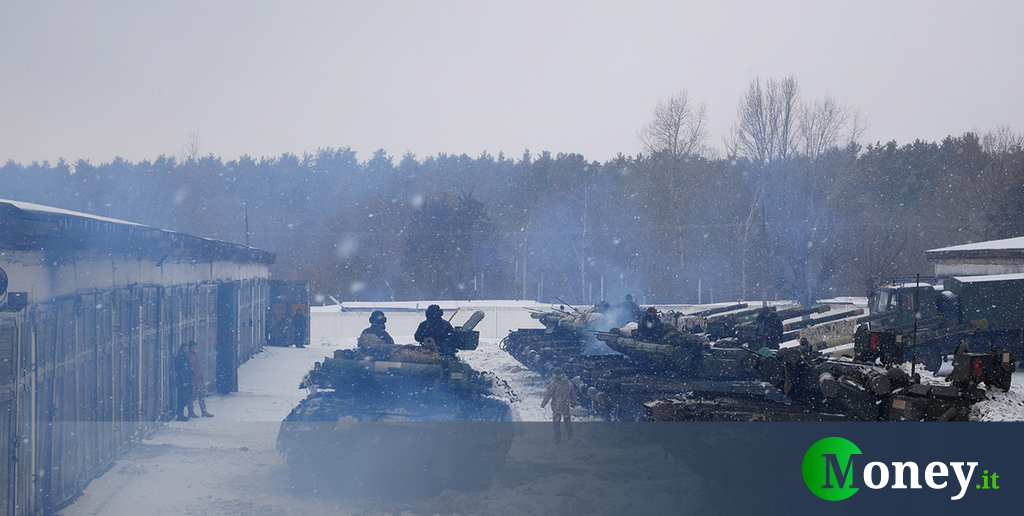 The NATO summit in Germany does not change the result of the deployment of Leopard 2. Berlin still takes time, but Ukraine and its allies are pressing. Why is Leopard 2 so important and what is holding Scholz back?

The NATO summit held in Germany, in Ramstein, was decisive, where Ukrainian President Zelens’kyj requested the immediate supply of tanks by the Germans leopard 2. This military vehicle is considered formidable in terms of range, speed and offensive capabilities.

The military benefits of having the Leopard 2 are obvious. Indeed, for Ukraine, supplying 300 tanks – even if only 100 are enough according to experts – can definitely change the balance of the war.

The old military vehicles of Soviet production, sent to Ukraine from Poland and the Czech Republic, are no longer enough. THE leopard 2 of German production are spread across a dozen NATO member states, but before you can export them you need Berlin’s consent. In the face of Germany’s hesitation, Poland raised the possibility of sending the Leopard 2 in its possession to Ukraine without permission.

There is no alternative, says Zelens’kyj. According to the Ukrainian president, the need to decide on tanks is becoming more evident every day. The pressure on Germany to send the leopard 2 it is shared by several allies, but Berlin takes its time.

What are German-made Leopard 2s?

Germany is under pressure to send Leopard 2 combat tanks. These represent the most up-to-date military vehicles in terms of technology, speed and endurance. The development of leopard 2 started in the 70s with the aim of renewing and replacing the Leopard 1 model.

Over time, they were updated from time to time. Among the most popular features is the speedbut also autonomy. This is due to diesel engine 12-cylinder engine, much easier to handle than kerosene engines produced in the United States.

That’s why the Leopard 2 is considered one of the best tanks in use today. The countries that have Leopardi 2 are Austria, Canada, Denmark, Finland, Norway, Holland, Czech Republic and Poland, but also Hungary and Turkey; the latter in particular used them in 2017 and on that occasion, in a single day, as many as 10 were destroyed.

Ukraine wants Leopard 2 tanks to turn the tide of war

Consider its characteristics, sending leopard 2 could provide Ukraine with the means capable of reversing the invasion war. In fact, with around 300 Leopard 2s, although experts believe 100 Leopards might be more than enough, Ukraine could massively advance to counterattack.

Furthermore, Ukraine has been complaining for some time that its supplies are not modern enough and that, in several cases, vehicles and weapons do not work well. the arrival of leopard 2 it would replace and work together with the 230 tanks already shipped from Poland and the Czech Republic.

For Ukrainian strategy, Leopard tanks are essential because they are capable of transporting troops to the hot spots of battle. Germany can make a difference, but it takes time.

Germany hesitates and delays: why there is no green light for Leopard 2

No decision has been made. Germany still postpones theRight at theshipping leopard 2 in Ukraine. Germany has already contributed much to the Ukrainian resistance, but now it is being asked to go a step further to enable the Ukrainian counter-offensive. According to observers, the green light could only be triggered if the United States, in turn, sent the Abrams Tanks, which are fueled by kerosene and are therefore less recommended. Berlin spokesman Steffen Hebestreit, however, denied this.

While the United States declares that its tanks are not best suited for this type of operation, the Allies are all converging on theshipping leopard 2. Poland and Finland have also stated that they want to send their Leopards without permission from Berlin, but this has reminded them that the vehicles cannot be driven without a permit.

Olaf Scholz hopes not only for the allies, but also for public opinion that Germany has already done its part (41%), while only a smaller percentage of Germans believe that too few weapons have been sent (25%) or too many (26%).